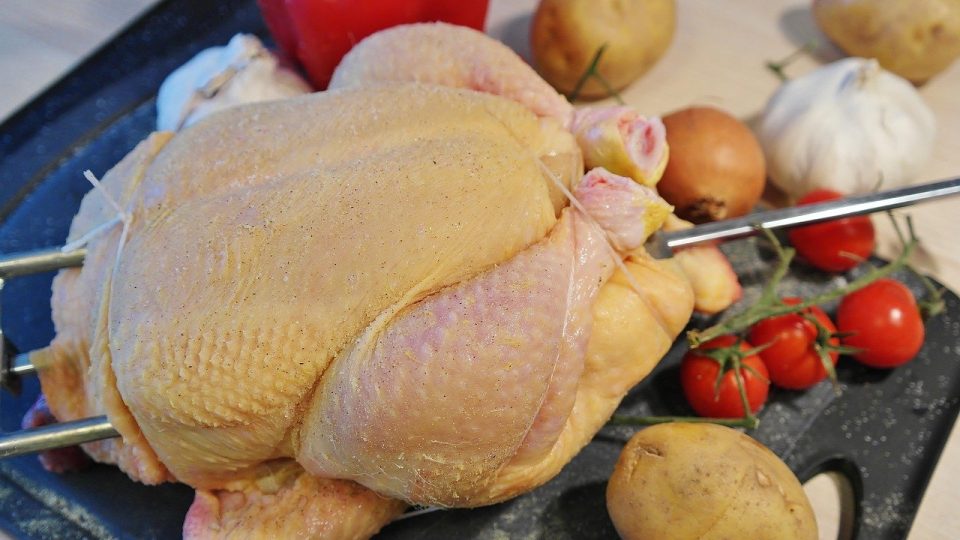 Whether it is roasted, fried or simmered, chicken is cooked in a myriad of ways in a multitude of cuisines, and if you have implemented a healthy eating plan, chicken is probably a staple in your diet. It is usually considered a healthier alternative to red meat.

There are many ways to prepare boneless, skinless chicken breasts, making them one of the best low-fat foods you can find. Chicken is low in saturated fat, is rich in essential vitamins and minerals, including B6, B12, iron, zinc, and copper, and contains higher levels of omega-6 fatty acids than other animal meats.

If you prefer to cook your own meals and experiment with new recipes, there are a few poultry preparation techniques that you need to learn.

This is a method of placing fat around lean meats or fowl. Using bacon or fatback, the meat that is to be roasted is covered, so that the bacon or fatback will absorb additional moisture and fat to keep them from drying out. The barded fat adds flavour to the meat during roasting, especially on lean cuts which lack sufficient fat to remain moist and succulent.

Marinating is the process of soaking meat in a liquid that has been seasoned before cooking. To enhance flavour and change surface texture, marinades often use acid (such as vinegar or citrus juice) or enzymes (such as mango, papaya, or kiwi fruit).  A successful marinade has the right balance between acid, oil, and seasonings.

It involves tying the chicken snugly together with kitchen twine in order to keep the wings and legs close to the body. When trussed, your chicken is more likely to brown beautifully and evenly, resulting in juicy, flavorful roasted chicken with crispy skin. If you are cooking a large roast or rotisserie, the meat must be shaped into an even, compact package. It allows the meat to cook evenly throughout.

The flavour of chicken can be enhanced with ingredients such as onions, garlic, lemon, herbs, and spices, which can be inserted into the chicken cavity or under the skin. Stuffing can be made with many different ingredients, including simple herbs, vegetables and fruit, but it can also be made with more complex bread-based or grain-based recipes (grains, such as rice, barley, and kasha that are cooked until tender).

In cuisine, trimming refers to the removal of all unwanted or inedible parts (such as skin, sinews, fat, etc.) from meat, fish, poultry, or vegetables. Those parts are called trimmings and can be used to make soups, stocks, and sauces. Trimmings are used to improve the appearance of some dishes, for instance, poached eggs or pastry before baking.

If you are in Dubai or the Gulf region, the best place to buy poultry online is Fresh Express Online, who source and import fresh produce and gourmet food from around the world. Fresh Express Online offers a large assortment and the finest quality meats that have been carefully chosen and portioned for easy, delicious meals.

Know How You Can Choose A Right Duck For Cooking

Cooking Tips To Help Save You Time