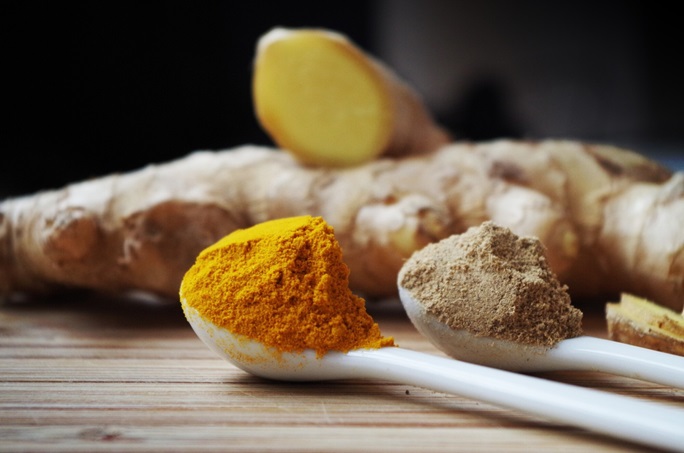 It’s no secret that herbs and spices add depth and flavor to your cooking. Some might even call a dish naked without the addition of a pinch of this and a sprinkle of that. But the benefits of spices go way beyond their culinary uses.

Research shows that herbs and spices are full of powerful plant compounds that help to boost your health from within. As concentrated sources of antioxidants, spices help to protect your cells from the damage of free radicals by fighting inflammation.

But what are some of the healthiest spices out there? Keep reading to find out!

Healthy spices don’t come much tastier or more versatile than cinnamon. While it gives an unexpected sweetness to savory dishes, cinnamon is best known for adding a spicy warmth to baked goods, desserts, and organic superfood smoothies.

As for its medicinal benefits, cinnamon contains the compound cinnamaldehyde. Studies show that this has may lower bad cholesterol and improve insulin sensitivity. But the benefits of cinnamon don’t stop there. It may also fight cancer, boost heart health, and protect neurons from diseases such as Parkinson’s and Alzheimer’s.

While there are plenty of healthy herbs out there, the benefits of sage are remarkable.

Research into Alzheimer’s patients indicates that sage may help to improve memory and brain function by inhibiting the breakdown of acetylcholine, a chemical messenger in the brain that drops in people with Alzheimer’s. Other studies also show that sage can improve the memory function of healthy people of all ages.

Turmeric actually contains several medicinal compounds but the most important is curcumin, a powerful antioxidant that boosts the body’s defenses against aging and fights oxidative damage. There’s also evidence to suggest that cooking with spices like turmeric could improve brain function while also helping cut the risk of heart disease, cancer, Alzheimer’s, and arthritis.

Studies have shown that ginger is effective at treating various forms of nausea, including seasickness, pregnancy sickness, and chemotherapy-related nausea symptoms. Ginger is also a powerful antioxidant and can help to reduce inflammation and fight pain.

Findings also show that incorporating healthy spices like ginger into meals could help decrease colon inflammation in patients with an increased risk of colon cancer.

Our list of healthy herbs and spices wouldn’t be complete without rosemary. This fragrant herb contains rosmarinic acid, an anti-inflammatory substance which can reduce nasal congestion and suppress allergic reactions. Researchers also think that rosemary may boost brain activity, with a mere sniff enough to help participants perform better on mental tasks.

The Many Health Benefits of Spices

Healthy cooking doesn’t have to mean bland and tasteless food.

In fact, when you consider the benefits of spices such as cinnamon and turmeric and the amazing medicinal powers of herbs like sage and rosemary, it should be your prerogative to add a combination of these healthy flavor-boosters every time you cook!

Looking for more food news and culinary tips? Be sure to check out our other blog posts for all the latest updates and advice on everything from baking to beverages.

7 Gift Ideas for the Meat Lover in Your Life

What to Look For When Buying a Smoker

Is Ham a Healthy Protein?